← more from
Beanie Tapes
Get fresh music recommendations delivered to your inbox every Friday.

Before The Cold Heart 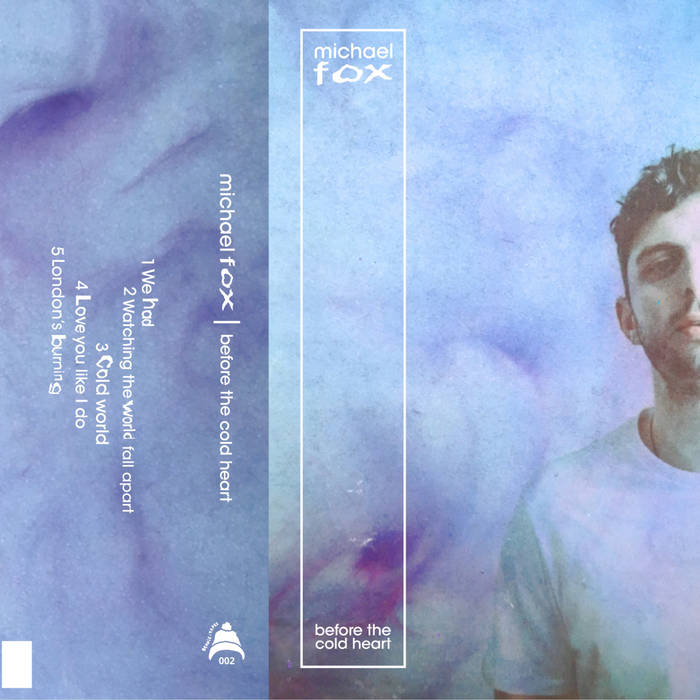 Robert Day Oh my goodness. Like Radiohead crashed into The Human League. Superb. Favorite track: We Had.

“On Before The Cold Heart, Michael Fox exhibits unending talent from songwriting to production and every intricacy that lay between. Each track is so wildly different, built on specific emotions and marred by moments of sonic surprise. It’s a labyrinth, this EP, weaving in and out of territory we thought we’d left behind with each new track, but the takeaway is that every composition on Before The Cold Heart has been crafted with such care and creativity that it makes for an unreal listening experience.”
— The Music Mermaid (bit.ly/tmm-michael-fox-review)

Michael Fox takes his artistry from stage and screen into the studio with his astounding debut EP. Written in London during the summer of 2017 and inspired by the tense, insecure atmosphere hanging heavy over the city, Michael’s songwriting expresses a formidable yet sensitive appraisal of love and life in an uncertain world. His delicate folk guitar mixed with bold beats and layered vocals convey an impassioned depth of feeling.

There is a lot going on in the world right now and Michael uses his creativity to articulate his indignation. In ‘London’s Burning’, he sings fiercely of an elite that “mock up the truth in disguise” and a “man who is swelled by the swelling elite” who “dines with the sinners of greed.” Michael’s fear and helplessness is palpable, as he wails over and over “it won’t change” his voice reminiscent of a young Thom Yorke.

His music is a diverse mix of indie folk, vintage synth pop and anthemic ambient dance tracks. The synth sounds and stunning French female vocals on tracks like the heartfelt ‘They Don’t Love You Like I Do’ hark back to Air’s late nineties dream pop; a poetic and loving embrace of a European union.

Listening to Michael’s songs you’re immersed in a despondence that feels too deep and wide. But swelling within are waves of promise; there are warm hearts and hopeful beats, rousing melodies and rich, velvety vocals. Michael’s fragile, yearning voice is looking for promise in a cold world; the chaos of digital sounds and glitches around him reflect the uncertainty of finding it.

But despite the unease, fuzzy intros build to hypnotic, uplifting dance beats. Swaying and moving to the rhythm, you feel that maybe there are enough of us with warm, glowing hearts to overcome this political ice age, to light up the lies and liberate all that is true. There is hope.

Little Brother joins the show to discuss their beautiful journey, plus tunes from Fat Tony